(LOS ANGELES) — Two men and two teens have been charged in the death of rising rapper Pop Smoke who was killed during a Los Angeles home-invasion robbery in February, the district attorney’s office said Monday.

Los Angeles District Attorney Jackie Lacey said in a statement that Corey Walker and Keandre Rodgers were charged with murder that occurred during the commission of a robbery and burglary. The two boys, 15 and 17 years old, were also charged with murder and robbery while in juvenile court. Their names were not released due to their age.

The 20-year-old New York rapper, whose legal name is Bashar Barakah Jackson, was killed Feb. 19 at a home in the Hollywood Hills. A 911 call from a friend of someone in the house reported armed intruders inside the home, police previously said.

Walker, 19, and Rodgers, 18, face the death penalty or life in prison without the possibility of parole if convicted. Both are expected to be arraigned Monday.

Jaquan Murphy, 21, was also arrested in connection to the incident last week. The complaint includes gang and gun allegations.

Capt. Jonathan Tippet, who oversees the Los Angeles Police Department’s elite Robbery-Homicide Division, said three men and two teenage boys likely went to the home because they knew Pop Smoke was there from social media posts. They stole items from the home, though Tippet said he could not divulge what was taken.

All five are believed to be members of a South Los Angeles gang, which Tippet would not name, and at least some of them are believed to be linked to a 2019 homicide when a fight escalated into a shooting outside the Rose Bowl in Pasadena.

Authorities did not initially believe the rapper’s death was related to a robbery. The home where the shooting occurred is owned by Edwin Arroyave and his wife Teddi Mellencamp, a star of “The Real Housewives of Beverly Hills” and the daughter of Rock & Roll Hall-of-Famer John Mellencamp.

Teddi Mellencamp previously said on Instagram that the couple had been notified of the shooting at their rental property but knew no more than what they had seen in media reports.

Pop Smoke arrived on the rap scene in 2018 and broke out with “Welcome to the Party” a gangsta anthem with boasts about shootings, killings and drugs that became a huge sensation, and prompted Nicki Minaj to drop a verse on a remix.

Earlier this year, Pop Smoke released the mixtape “Meet the Woo 2,” which debuted at No. 7 on the Billboard Top 200 albums chart. It was the follow up to his first official release, “Meet the Woo.” The rapper also had the popular hit “Gatti” with Travis Scott and Jackboys and “Dior.”

His major label debut album, “Shoot for the Stars Aim for the Moon,” which was executive produced by 50 Cent, recently topped the Billboard Top 200 albums charts. It was released posthumously July 3 to mostly positive reviews and features appearances from popular artists including Future, DaBaby and Quavo. 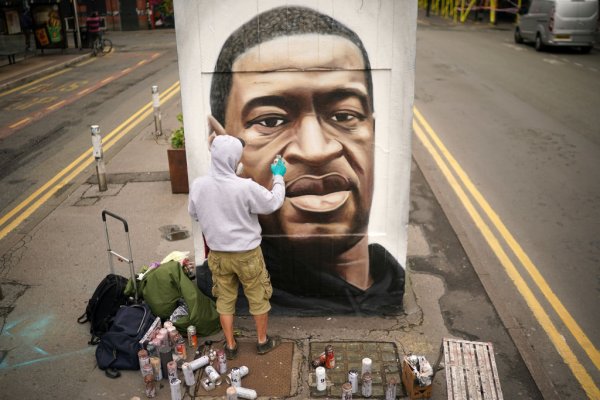 Pop Smoke had been scheduled to start a U.S. tour in Washington, D.C., on March 2.

What I Learned – ‘Hey, I Think You’re Muted,’ Man Tells Coworker Screaming ‘Fuck You, Fuck All Of You’ On Zoom Call

What I Learned – Are You A True Risk Taker?