Review: Relic Mines the Horror of Watching Our Parents Age 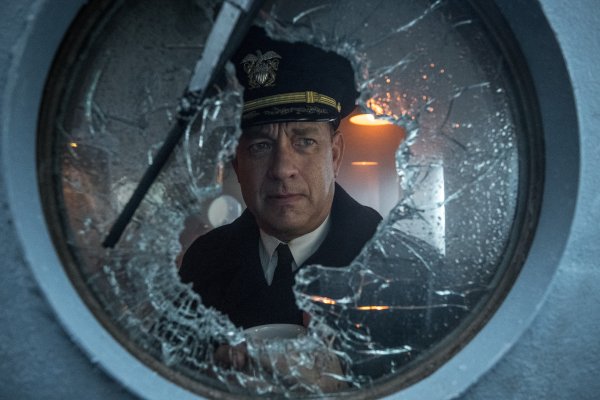 Watching our parents grow old is both a privilege and a source of heartbreak. That’s the idea at the heart of Natalia Erika James’ debut feature Relic, a supernatural horror movie that artfully builds a sense of dread, even as it recognizes that the purely natural process of aging is harrowing enough, both for those going through it and for those watching it happen. This is a horror movie with a soul. It’s less ambitious and aggressively complicated than, say, Ari Aster’s Hereditary—another movie about the sometimes-unnerving complexity of parent-child bonds—but it’s also, in the end, more thoughtful. Its conclusion sounds a chime of tender ambiguity; you might not know how you feel about the ending as you’re watching it, yet it might stick with you for days.

Kay (Emily Mortimer) and her daughter, Sam (Bella Heathcote), are summoned to Kay’s mother’s house, situated in a remote pocket of wilderness. She hasn’t been seen or heard from in days, and Kay and Sam are worried. They find the house empty yet filled with ominous signals: There are creepy carved candles strung up on a rack, looking like slabs of flesh marbled with fat; a tiny mountain of shriveled fruit sits in a bowl, decaying almost before our eyes. Sam and Kay, with help from neighbors, scour the nearby woods; back at the house, they tidy up, taking note of the multiple, often homemade locks recently affixed to some of the doors, and of the creeping mold that seems to come and go ominously along stretches of wall. Scattered through the house, they also find the little notes that a person whose memory is failing might write to herself, things like “Turn off the tap” or “Switch off the light.” One reads, “Don’t follow it.”

And then, almost miraculously, Kay’s mother and Sam’s grandmother—her name is Edna, and she’s played by Australian actor Robyn Nevin—shows up. Awakening from a treacherous dream, Kay finds her standing in the kitchen one morning, making some coffee. Except Edna isn’t quite Edna, at least not all the time. There are strange bruises on her body; she gives Sam, who adores her, a ring, only to later accuse her of stealing it. She eyes her daughter and granddaughter coldly, which only intensify Kay’s feelings of guilt and anxiety. There has been some strain between mother and daughter—you get the sense Edna has always been a pretty feisty one—and Kay hasn’t been in touch with her as often as she feels she should have. She’s also realizing that her mother may no longer be able to live on her own. She visits a nursing home, where the manager says with businesslike cheerfulness, “Think of it as independent living with the edges taken off.”

Going in, you probably shouldn’t know much more than that about Relic, but you can trust that James keeps the story moving gracefully. (She also co-wrote the script, with Christian White.) Mortimer, with that voice that always sounds right on the edge of tears, gives a deft, multilayered performance, playing a woman who thinks she already has too much on her plate—until she’s faced with the daunting reality that her mother’s life is now in her hands. Kay’s stress, anger and sadness all come to the fore in Relic. Edna’s increasingly odd behavior—is it normal, or not?—demands action on her part. Is she up to the challenge? She does the only thing she can, and whether or not it’s the right thing is the haunting, compassionate question that hangs in the air like smoke.

What I Learned – MLB: Rob Manfred wants to keep…