Naya Rivera, the singer and actor best known for playing the acid-tongued cheerleader Santana Lopez on Glee, is presumed dead from a suspected boating accident in Lake Piru, California. On Thursday, July 9, the Ventura County Sheriff’s Office announced that its missing person search had turned into a recovery mission, and that “investigators believe Rivera drowned in what appears to be a tragic accident.” She was 33.

On Wednesday, Rivera took her four-year-old son, Josey, out on a rental boat in Los Padres National Forest, about an hour northwest of Los Angeles. When Rivera did not return in the allotted three hours, concession workers went looking for her, and found the boat drifting with her son asleep on board, officials said. Rivera’s son told investigators that he and his mother had been swimming in the lake, and while he got back in the boat, Rivera did not. An unused adult-sized life vest was found on the boat.

The sheriff’s office said it would continue its search for Rivera on Friday with a team of 100 people—including dive teams and helicopter operators. “When you’re talking about underwater and visibility that’s really limited, it’s a slow going search process,” Sgt. Kevin Donoghue of the Ventura County Sheriff’s Office said in a press conference Thursday, adding that trees and roots could cause entanglements below the water.

Upon news of her disappearance, former castmates and friends reacted on social media in disbelief and sorrow.

When Glee started airing in 2009, Rivera’s character, Santana, was initially a minor antagonist in the “mean girl” mold. But Santana quickly became a fan favorite for her sharp comebacks and witty insults, and Rivera was promoted to the main cast the following season. As she was given more screen time, her character was also given more depth, as she grappled with being a closeted lesbian and falling in love with her best friend, Brittany (Heather Morris). Rivera’s nuanced portrayal earned her acclaim and adulation—and made her an LGBTQ icon in an era in which gay relationships on television were rare.

“The story line with Santana struggling with her affection for another teenage girl, calling herself a lesbian but not knowing how to say that out loud yet, is one that hasn’t been told on a prime-time network television show at that level, particularly by an LGBT teen of color,” Jarrett Barrios, who was at the time the GLAAD President, said in 2011.

Naya Rivera was born on January 12, 1987, and grew up in Santa Clarita, California. She entered show business when she was still a toddler, earning a role on the sitcom The Royal Family at the age of four. However, the show was soon beset by tragedy when the comedian John Elroy Sanford (better known by the stage name Redd Foxx), who played her grandfather, had a heart attack on set and then died in the hospital hours later. 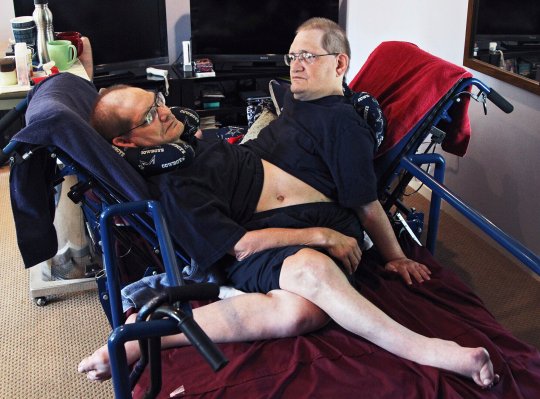 “We sat there, his TV family and his real family, all mixed together in the waiting room, praying and trying to comfort one another,” Rivera wrote in her 2016 autobiography, Sorry Not Sorry.

During the 90s Rivera would score small roles in shows like The Fresh Prince of Bel-Air and Family Matters. As a teenager, she worked on The Bernie Mac Show and was also a telemarketer, an Abercrombie & Fitch greeter and a Hooters waitress.

But her big break came with Glee. Santana Lopez often had the show’s most memorable lines, and as a singer, Rivera excelled at powerful torch ballads, from Fleetwood Mac’s “Songbird” to Barbra Streisand’s “Don’t Rain On My Parade” to Adele’s “Someone Like You.”

Rivera’s character was also boosted by the show’s rabid fanbase, who clamored for her and Brittany to become romantically involved. In season two, Glee’s showrunners responded by realizing that relationship; the pair eventually married in season six. “There are very few ethnic LGBT characters on television, so I am honored to represent them,” Rivera said in an interview with Latina Magazine in 2013. While on Glee, she hosted the GLAAD Awards twice.

But as Rivera grew in stature, she was met with obstacles and tragedies. She was often the subject of tabloid fodder—whether for her engagement to the rapper Big Sean or her tense relationship with Glee co-star Lea Michele. In 2013, her Glee castmate Cory Monteith died from a drug overdose. Four years later, she was arrested and charged with misdemeanor domestic battery against her then-husband Ryan Dorsey, although he later dropped the charge. The couple divorced in 2018 and Josey was their only child together.

In 2016, Rivera published her autobiography, in which she detailed her teenage battle with anorexia, her decision to get an abortion, and her struggles with racism in Hollywood as a mixed-race actor. (Rivera has Black, Puerto Rican and German ancestry.) “It’s always interesting to see how people are always kind of trying to figure out and put you into a nice, neat little box,” she said in a 2016 interview.

After leaving Glee, Rivera starred in an arc of Lifetime’s Devious Maids and landed a recurring role in the YouTube Red series Step Up: High Water.

Rivera also remained active in political and social causes throughout her career. In 2014, she made her directorial debut with a short film about the effects of immigration on parents and their children for the first annual Immigration Heritage Month. She led fundraisers for causes like Alexandria House and the Trevor Project. Last month, she posted a video at a Black Lives Matter protest in Los Angeles.

Her last tweet featured a photo of her and her son, captioned “just the two of us.”

What I Learned – How A Case Gets To The Supreme Court

What I Learned – Bubba Wallace to drive No 23 car…

What I Learned – Celtic vs AC Milan stream: Watch…