What I Learned – Professor Fired After Joking That Iran Should Pick U.S. Sites to Bomb 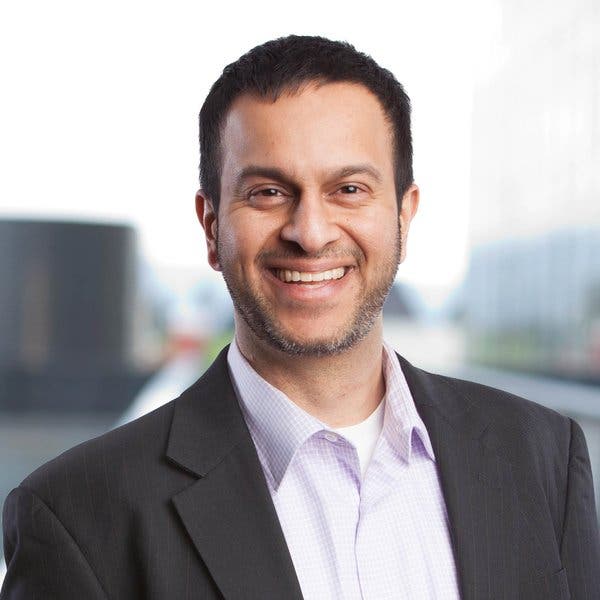 In a case that has stirred debate about free speech on college campuses, an adjunct professor at a Massachusetts college was fired on Thursday after posting on Facebook what he described as a joke suggesting that Iran pick sites in the United States to bomb.

The professor, Asheen Phansey, wrote on his personal Facebook page on Jan. 5 that Iran’s supreme leader should “tweet a list of 52 sites of beloved American cultural heritage that he would bomb,” suggesting the Mall of America in Minnesota and a Kardashian residence as targets, Judy Rakowsky, a spokeswoman for Mr. Phansey, said on Saturday.

Mr. Phansey deleted his post, but not before it was captured in a screengrab and circulated on social media with the school’s phone number.

“Why does @Babson ‘College’ have an America-hating terrorist supporter on their payroll. Ask them!” said one widely shared tweet.

Mr. Phansey received a master’s degree in business administration in 2008 from Babson College, a private business school in Wellesley, Mass., near Boston, that has a student population of about 3,000. He became an adjunct professor at the school that year, according to his LinkedIn profile.

Babson soon learned of Mr. Phansey’s remarks and suspended him.

Babson said in statement on Wednesday that it condemned “any type of threatening words” and “actions condoning violence.”

“This particular post from a staff member on his personal Facebook page clearly does not represent the values and culture of Babson College,” it said.

After his suspension, Mr. Phansey said in a statement that he regretted his “bad attempt at humor.”

“As an American, born and raised, I was trying to juxtapose our ‘cultural sites’ with ancient Iranian churches and mosques,” he said, adding that he was opposed to violence. “I am sorry that my sloppy humor was read as a threat.”

The next day, the school announced it had fired Mr. Phansey. “Based on the results of the investigation, the staff member is no longer a Babson College employee,” the school said.

In a subsequent statement, Mr. Phansey said he was “disappointed” and “saddened” by the decision to fire him “just because people willfully misinterpreted a joke I made to friends on Facebook.”

“I would have hoped that Babson, an institution of higher education that I love and to which I have given a great deal, would have defended and supported my right to free speech,” he said. “Beyond my own situation, I am really concerned about what this portends for our ability as Americans to engage in political discourse without presuming the worst about each other.”

“It’s a terribly tragic situation for a comment, that was obviously a joke, to have resulted in everything that’s occurred,” he said.

Mr. Pyle said the pretext for Mr. Phansey’s firing “is that he violated a social media policy that prohibits threats of violence” and that it could not have been “reasonably read” as a threat.

“I say that it was a pretext because they fired him in order to stop the criticism on social media,” Mr. Pyle said.

Some of the uproar about Mr. Phansey’s post was also “racially intolerant,” Mr. Pyle said.

“I saw a number of messages saying Asheen should be deported as well as prosecuted and fired. Asheen was born in the United States, he is of South Asian origin,” he said, adding that some assumed his client was Iranian or from the Middle East. “I think that makes it doubly unfortunate that Babson couldn’t defend him when some of the vitriol thrown his way was of that nature.”

The Foundation for Individual Rights in Education, which defends the rights of students and faculty members at colleges and universities, said in a statement on Saturday that Mr. Phansey’s post was “obvious rhetorical hyperbole.”

“Babson’s process-free termination in an attempt to quell criticism on social media is censorship, plain and simple, and reveals Babson’s stated commitment to freedom of expression to be worthless,” it said.

In recent years, colleges and universities have grappled with where to draw the line on free speech. The University of Wisconsin adopted a three-strikes policy in which any student found to have disrupted the free expressions of others would be expelled after a third infraction. Indiana University Bloomington faced a different problem last fall after a professor’s viewpoints were described as racist, sexist and homophobic, but the administration said it could not fire him because of the First Amendment.

Fun Destinations for Your Next All Girls Vacation

What I Learned – China says 17 new cases in virus outbreak, Wuhan to restrict…

What I Learned – 27 Incredibly Clever Storage Ideas For Your Bathroom

What I Learned – If You’re An Old Millennial, This List Is Your Entire…

What I Learned – Greg Norman: Phil Mickelson can…

What I Learned – Christian Pulisic injury to…

What I Learned – Qatar condemns storming of…

What I Learned – Can You Pass This Middle School Math…