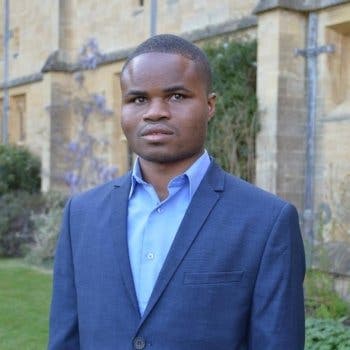 LONDON — The Oxford Union, a prestigious, nearly 200-year-old British debating society that counts several high-profile politicians among its alumni, has come under fire for the violent treatment of a blind student from Ghana who witnesses say was forcibly expelled from a packed event hall.

The incident has ignited outrage around the country, provoking a wave of resignations from the society and drawing scrutiny of the elite, predominately white organization, especially as videos have spread online showing the student, Ebenezer Azamati, struggling with a security guard who forcefully tried to pry him off a bench.

On Monday evening, Jeremy Bararia, the only black member of the union’s governing body, stepped down and joined calls for the resignation of the society’s president, who at first accused Mr. Azamati of violent misconduct before dropping his complaint and apologizing weeks later.

“Coming to Oxford, I had been warned that the union was an elitist institution, nothing more than a playground for privately educated, power hungry people who held little, if any regard for ordinary members,” Mr. Bararia wrote in a letter to the society’s president, Brendan McGrath.

“I feel that not only as a person of color and African, but as an individual with a sense of morality, I can no longer remain within an institution such as this, so long as you remain in office,” he said. At least eight society members resigned on Monday, including several in leadership roles.

Mr. Azamati, a 25-year-old postgraduate student at Oxford University who is a member of the union, said in a phone interview that he was traumatized by the event, which took place on Oct. 17, and that he was considering legal action.

“I never expected anything like that could happen to me in Britain, let alone Oxford,” he said. “I still feel threatened.”

He added that the encounter “keeps playing on my mind.”

The Oxford Union is a private society, independent of Oxford University, though most of its members are current or past students. In an email, the union said, “We are in ongoing discussions with Mr. Azamati in order to pursue a solution agreeable to all parties, which addresses the structural issues raised; we do not wish to prejudice those discussions with further comment at this time.”

Mr. Azamati, who was born blind, went to the hall early on Oct. 17 to reserve a seat before the start of the debate, according to accounts from other attendees published in The Oxford Student, a university newspaper.

He left the hall, and when he returned to take his seat before the debate began, he was told that the room was full. He eventually went back inside and sat down in a seat offered by someone, but he was followed by a security guard. An argument ensued. One video of the encounter shows two men grappling with Mr. Azamati as they try to remove him from his seat.

Mr. Azamati is seen clinging onto the bench, one hand clasping his union membership card.

Harry Hatwell, a 21-year-old law student at the university, saw the incident from a balcony and said it escalated quickly.

Mr. Azamati, who studies international relations at St. John’s College, part of Oxford University, was hesitant to describe the incident in detail but said it came as a shock.

“I don’t know how I walked back to my room,” he said. He described suddenly waking from sleep that night, gasping for air. “I was just shaking.”

Days after the altercation, Mr. McGrath, the union president who is also a student, said that Mr. Azamati had been violent, which Mr. Azamati denied. Mr. Azamati’s union membership was withdrawn for two university terms. As news of the incident spread, student groups voiced support for him.

Oxford University also condemned the incident and said Monday it offered its “full sympathy and support” to Mr. Azamati.

“The university is writing to the union, pressing hard for answers on how it intends to make amends to Mr. Azamati and what further steps it will take to avoid such an incident being repeated,” Stephen Rouse, a spokesman for the university, said in an email.

Mr. Azamati appealed the charge of violent misconduct to a union committee, and in a hearing on Saturday, Mr. McGrath dropped the accusation and the union reinstated Mr. Azamati’s membership.

In a statement, Mr. McGrath apologized “unreservedly for the distress and any reputational damage which the publication of this charge may have caused.”

But some members of the union said that did not go far enough. Mr. Hatwell, the law student who saw the encounter, is also a member of the union and said that some members planned to put forward an impeachment motion against Mr. McGrath on Tuesday morning, which would require the signatures of 150 union members in order to be debated.

Mr. Hatwell said it was important to show that the union, whose former members include Prime Minister Boris Johnson and other prominent politicians, was accountable.

“Boris Johnson used to be president of the union,” he said. “If you ever hold this position for some reason, for better or for worse, matters in British political life, and we need to show that actually what you do, your response to something like this actually matters.”

Mr. Hatwell called the guard’s actions “disproportionate” and said that no one from the debate committee or the audience intervened.

Mr. Azamati said that he may pursue legal action against the union because he feels something larger than him is at stake. He said that he and his lawyer had sent a letter to the union, “making our legal claims and demands.”

He added that he hopes his case will highlight the need for every society at Oxford and in the broader community to be “accessible to everyone.”

Even before the incident, he said, his needs were not taken into account, despite the hefty fee associated with his union membership. For example, he found it distressing as a blind person to have to “compete” for a seat.

What I Learned – People Share Examples Of Straight Men Flirting

What I Learned – The Last Airbender Quotes Quiz

What I Learned – Man City fires shot of intent to…

What I Learned – Jose Mourinho goes off on…

What I Learned – 20 Questions College Students Should…

What I Learned – “Fourth Of July” By…