What I Learned – For First Time, Iran Says Case Is Open on Missing C.I.A. Consultant 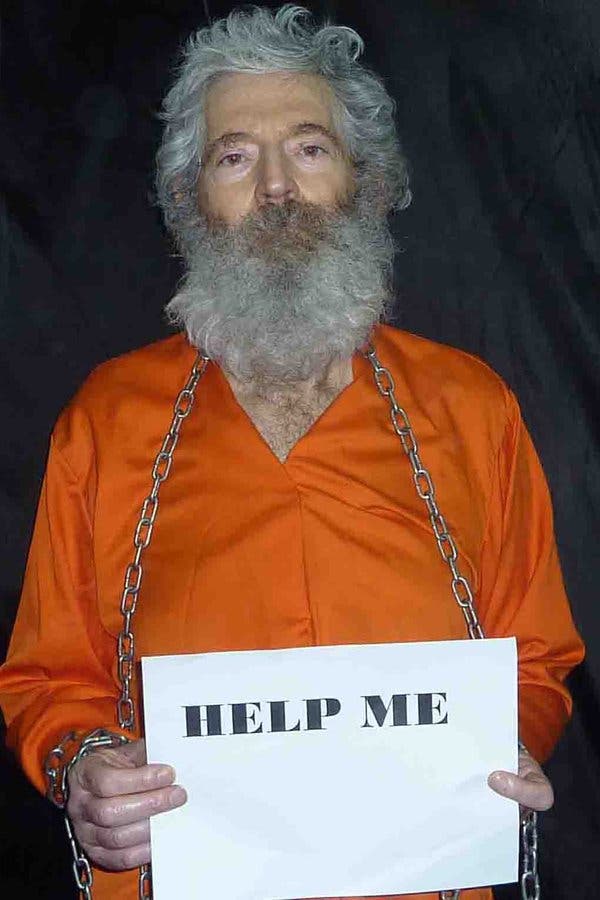 DUBAI, United Arab Emirates — Iran has acknowledged for the first time that it had an open court case involving Robert A. Levinson, a former F.B.I. agent who disappeared in 2007 under still-mysterious circumstances while on an unauthorized C.I.A. mission to the country.

“According to the last statement of Tehran’s Justice Department, Mr. Robert Alan Levinson has an ongoing case in the Public Prosecution and Revolutionary Court of Tehran,” the filing said.

The Washington Post initially reported on the continuing case.

Mr. Levinson was last seen alive about eight years ago, in a hostage video pleading for help and in photographs wearing a Guantánamo-style jumpsuit. The images did not disclose who was holding him, though the video has a Pashtun wedding song popular in Afghanistan playing in the background.

It wasn’t immediately clear how long the Iranian case had been open, or the circumstances under which it started. It comes, however, amid a renewed push to find Mr. Levinson with an offer of $20 million for information from the Trump administration amid heightened tensions between Iran and the United States over Tehran’s collapsing nuclear deal with world powers.

That’s in addition to $5 million earlier offered by the F.B.I.

Iran’s Revolutionary Court typically handles espionage cases and others involving smuggling, blasphemy and attempts to overthrow its Islamic government. Westerners and Iranian dual nationals with ties to the West often find themselves tried and convicted in closed-door trials in these courts, only later to be used as bargaining chips in negotiations.

Iran’s mission to the United Nations did not immediately respond to a request for comment and its state news media has not acknowledged the case.

Mr. Levinson disappeared from Kish Island, off the coast of Iran, on March 9, 2007. For years, United States officials would only say that Mr. Levinson, a meticulous F.B.I. investigator credited with busting Russian and Italian mobsters, was working for a private firm on his trip.

In December 2013, The A.P. revealed that Levinson had in fact been on a mission for C.I.A. analysts who had no authority to run spy operations. Mr. Levinson’s family had received a $2.5 million annuity from the C.I.A. in order to stop a lawsuit revealing details of his work, while the agency forced out three veteran analysts and disciplined seven others.

Rumors about Mr. Levinson’s fate have circulated for years, with one account claiming he was locked up in a Tehran prison run by Iran’s paramilitary Revolutionary Guard and United States officials suggesting he may not be in Iran at all.

Dawud Salahuddin, an American fugitive living in Iran who is wanted for the assassination of a former Iranian diplomat in Maryland in 1980, is the last known person to have seen Levinson before his disappearance.

Iran has offered a series of contradictory statements about Mr. Levinson in the time since. It asked the United Nations group to close its investigation into Mr. Levinson in February, saying, “No proof has been presented by the claimant in this case to prove the presence of the aforesaid in Iran’s detention centers.”

What I Learned – ‘New Day, Same Bullshit,’ Whispers Dalai Lama Before Slapping On Smile To Greet The Masses

15 EUROPE SCAMS You Need to Know Before Your Trip

What I Learned – Top 10 Best Cities To Move To Today

What I Learned – Twelve migrants test positive for coronavirus at Mexican…

What I Learned – SEC eases admissions rules for…

What I Learned – Protests Erupt Nationwide For…

What I Learned – Effects Of Online Public Shaming

What I Learned – U.S. warns of Russian bid for Libya…