What I Learned – ‘I Will Never Be German’: Mixed-Race Families in Germany on the Struggle to Belong 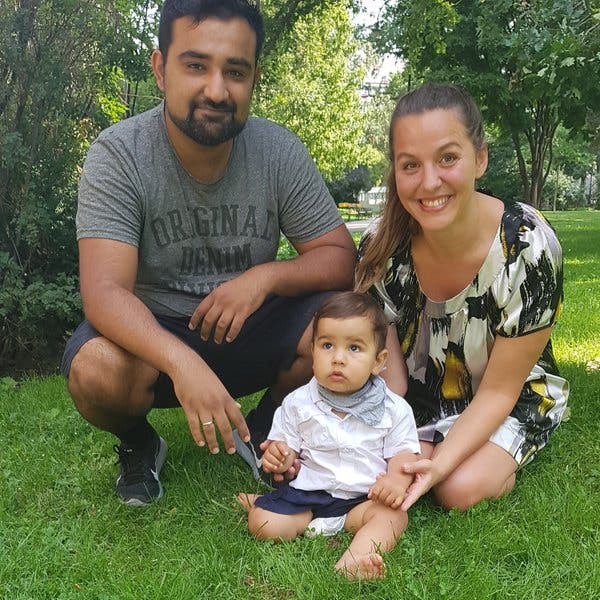 Three decades since the Berlin Wall fell, Germans remain deeply divided over the question of what it means to be German.

In an article marking the anniversary of Germany’s unification, Katrin Bennhold, The Times’s Berlin bureau chief, examines the renewed debate over German identity. The most vocal participants have been members of Germany’s far-right, anti-immigrant party, who draw a sharp line between “bio Germans,” with German blood, and “passport Germans.”

We asked Germans and immigrants to Germany how they think about their identity — and how they navigate the simmering tensions in their country.

Nearly 500 people responded, including many whose lives straddle two national identities: Germans married to immigrants, and vice versa, and the children of intermarried couples.

They told us about the subtle and overt racism that they or their family members have experienced, their struggles to integrate fully and their fears for the future.

Here is a selection of their responses, which have been condensed and edited.

‘We are considering moving to another country’

My husband has Afghan roots and has experienced racism so frequently that it has become normal for him — being followed in the supermarket by security, not getting an apartment because of his name, not being admitted to a nightclub because of his black hair. I see it happening more and more, not only in the countryside, but also in the city.

I used to work in a bar, and a neo-Nazi came in one day. After he made a string of racist statements, I kicked him out. He became angry and, as he was leaving, yelled: “We will march again soon! We are well organized! You will see!” That was 2009. And now, it feels like he was right.

‘Trips home get worse every time’

I grew up in a Saxon town not far from Chemnitz. I work and live in the United States now and am married to a person of Hispanic heritage with darker skin. With my partner, I don’t have a future in Saxony.

Trips home get worse every time. In March 2018, we were verbally attacked on a full train, and nobody intervened. My husband is an ardent soccer fan and loves attending matches in different countries. But because of right-wing fans, especially in Saxony, we have avoided going to a soccer game.

The feeling of not being able to return to Germany has increased now that we’ve had our first baby. I wouldn’t want to risk my child being exposed to this racism.

‘There’s the constant assumption that you do not belong’

My dad is Turkish and came to Germany as a child with his parents, who were guest workers in the 1960s. My mother is a white German.

There’s the constant assumption that you do not belong, or that you do not identify with Germany like others around you. This in a way becomes a self-fulfilling prophecy — if people tell you that you do not fully belong often enough, you start to wonder whether you do actually belong to the place where you were born and have lived your whole life.

Your alleged non-Germanness is also emphasized. Nobody would describe us as “half-German,” for example, but as “half-Turkish,” as if that were the dominant side.

Before the age of 16, I probably would not have identified as Turkish, but over time I have started doing so because others have continually associated me with Turkey. However, I have determined that I do not want my identity to be defined by national categories.

‘I do not blame Germans for my outsider status’

As a white professional American woman living in Munich, I admittedly live as a privileged “expat.” And I have come to terms with the fact that I will forever be an outsider in my adopted home, even with a German son and husband.

The reason is simple: I do not share the language, the history and the deep cultural understanding to truly fit in.

My outsiderness is a choice I made when I married a German and moved to Germany. Now my goal is to live fully in the German culture (and understand its jokes).

It helps that I love living here and am proud of my son growing up here because I identify with the values. Germany does so much right that America gets wrong: affordable health care and day care, excellent public schools, free university, great public transportation, an eco-friendly culture and an appreciation of time (six weeks of vacation, as well as parental leave).

So while I will never be German, I feel more at home here in many ways than I do in the United States. When you live in a culture that fits your values, you can feel at home. At least that is my experience as a professional American woman.

‘My black father was almost killed by fascists’

I was born in the Dominican Republic to a white German mom and a Dominican dad and have dual citizenship. For me being German means being Afro-German, black German.

German identity is complex. It is a construct that is discussed a lot, but becomes less and less clear when you try to find shared roots, culture and traditions (compare north and south — Bavaria vs. Eastfrisan, for example). The more you research, the clearer it becomes: Germanness is about whiteness, as it’s the racist assumption of a shared white experience and supremacy.

It’s not about episodes of violence here, but rather daily violence. In 1990 my black father was almost killed by fascists. My school years in the 2000s were marked by the N-word, racism and black friends who were suicidal because of the German school system. Today, we are surviving while the left in the United States thinks that Germany is a paradise for migrants.

‘I’ve had to stand up to close family members’

I am a native of Chemnitz and lived abroad for 22 years. I returned to Germany in 2017 to live in the Saxon city of Leipzig with my husband, who was born in India and raised in Dubai.

As a mixed family, we are still trying to figure it all out. I was sad and disappointed that we felt we could not attend an anti-racism demonstration last year simply because I feared for my husband’s safety.

I’ve had to stand up to close family members and call them out for spreading inflammatory content — something I don’t yet know if our relationships will be able to recover from. But I have also been amazed by my mother’s courage. She is 69 and went alone to the anti-racism protest, which 65,000 people attended, on her and our behalf.

The time for quietly standing by is over. But it is incredibly encouraging to see the strength of our support.

‘People sometimes confront me about my physical features’

My mother is Indian and my father is German. I was born in Germany and grew up very much immersed in German culture. I always identified as German and finished my schooling up to the 11th grade in the town of Verden in Lower Saxony in 2001.

I left Germany the same year and moved to India with mixed memories and feelings. I did not feel fully accepted as German because of my skin color. However, German society later became much more open and tolerant.

Today, how people see a “brown” person appears to have changed. There has been a shift from the trend of tolerance that swept Germany in the 2000s and 2010s.

I still have a German passport and live in Norway now. I visit Germany regularly and sometimes feel conflicted when I’m there.

I’ve never experienced violence, and my name makes it easier because it is traditionally German. However, interacting with people who are not aware of my background can be challenging. They sometimes do not accept me as German based on my physical features.

A note to readers who are not subscribers: This article from the Reader Center does not count toward your monthly free article limit.

Follow the @ReaderCenter on Twitter for more coverage highlighting your perspectives and experiences and for insight into how we work.

What I Learned – China shuts down transport, temples as virus death toll rises…

What I Learned – Do You Have The Same Sleeping Habits As Everyone?

What I Learned – NCAA seeking to change sexual…

What I Learned – What’s The Worst Choice A…

What I Learned – The Case of the 5 Missing Dogs: What…

What I Learned – Trump to unveil long-stalled Middle…