What I Learned – Ignored at Home, Battered Russian Women Take Cases to Europe 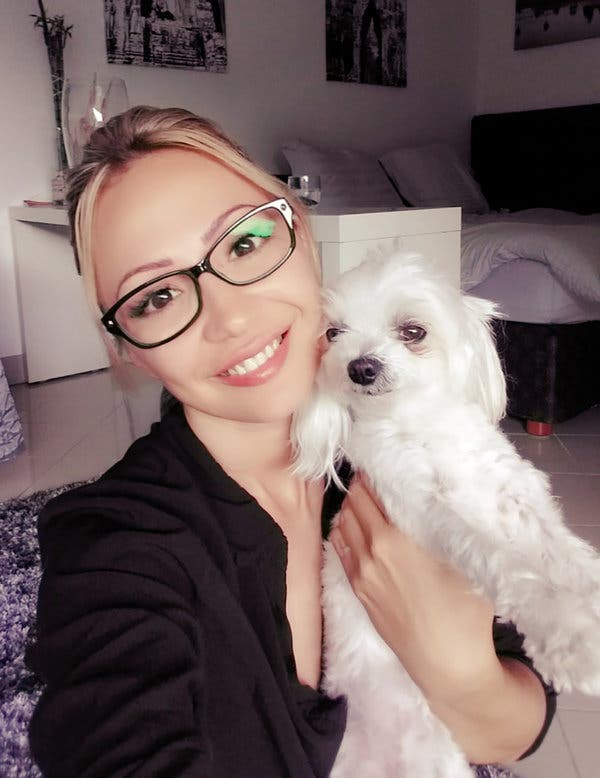 MOSCOW — He beat her. He kidnapped her. He threatened to kill her.

But this was Russia, where domestic violence is both endemic and widely ignored. Every time Valeriya Volodina went to the police for protection from her ex-boyfriend, she got nowhere. “Not once did they open a criminal case against him — they would not even acknowledge there was a case,” she says.

So Ms. Volodina turned her sights out of the country, and this week, the European Court of Human Rights in Strasbourg ruled emphatically in her favor. Rejecting arguments from Russia that she had suffered no real harm, and that she had failed to file her complaints properly, the court awarded her 20,000 euros, about $22,500.

The ruling was the European court’s first on a domestic violence case from Russia — but it may be far from its last. Ten more Russian women have similar cases pending before the court.

Ms. Volodina’s lawyer, Vanessa Kogan, the director of Astreya, a Russian human rights organization, hailed the ruling in Strasbourg “as a crucial step toward tackling the scourge of domestic violence in Russia.”

Particularly important, she said, is that the European court recognized that “Russia’s failure to deal with this question is systemic and that Russia authorities, by remaining passive, by not providing protection and by not having necessary legislation, are violating victims’ equal rights before the law.”

The ruling Tuesday cast a harsh light on the Russian judicial and law enforcement systems, and their longstanding blind spot when it comes to domestic violence. A report last year by Human Rights Watch described the problem as “pervasive” in Russia but rarely addressed because of legal hurdles, social stigma and a general unwillingness by law enforcement officers to take it seriously.

It came amid growing protests in Moscow in recent weeks over the issue, following a decision last month by Russian prosecutors to bring charges of premeditated murder against three sisters who killed their father after what they said were years of beatings and sexual abuse.

The sisters, now ages 18, 19 and 20, attacked their father, Mikhail Khachaturyan, with a knife and hammer last year as he dozed in his rocking chair after dousing them with pepper spray as punishment for their not being tidy enough. Supporters of the sisters — Maria, Angelina and Krestina Khachaturyan — say they were driven to violence by years of abuse and should not be prosecuted for murder.

A petition demanding that the case be closed has been signed by more than 260,000 people. Various celebrities, including a YouTube interviewer hugely popular among Russian youth, Yury Dud, have spoken up in their defense. Moscow City Hall refused a request from the sisters’ supporters for permission to stage a protest march over the weekend, leaving activists to stage one-person pickets, which are the only form of protest allowed without a permit.

There are no official statistics for domestic violence in Russia, but a 2014-15 survey by the Russian Academy of Sciences, conducted in the northwest of the country, found that over half of those surveyed had experienced domestic violence or knew someone who had.

But the authorities often refuse to act, or act far too late to help. On Thursday, the Russian news agency Tass reported that a sexual assault case had been opened against Mr. Khachaturyan, the dead father of the three abused sisters now facing murder charges. Russian law allows the prosecution of corpses.

In Ms. Volodina’s case, it was her boyfriend who finally shed light on why her complaints were being ignored by the police. “With all the money I have spent on the cops, I could have bought a new car,” she remembers him complaining.

In her case, the European court did act, determining that the Russian authorities had violated her rights under the European Convention of Human Rights, which Russia has signed. It said they had failed to investigate her reports of violence or to provide any protection from her former partner, Rashad Salayev, 31.

“Justice has been achieved,” said Ms. Volodina, 34, “but it is sad that this was done in a foreign country, not in Russia.”

Alyona Popova, a prominent women’s rights activist, said in a statement on Facebook that Russia had brought shame on itself by failing to confront the problem. “Russian laws and law enforcement agencies do not protect their citizens from violence, therefore this function is performed by the European Court of Human Rights,” she said.

In Russia, a debate over domestic violence has highlighted a deep divide, both generational and cultural, that has opened up under President Vladimir V. Putin, who has formed a close alliance with the Orthodox Church. While not particularly conservative in his own personal views, Mr. Putin — who is divorced and says he has gay friends — has given free rein to more reactionary members of the clergy.

After a group of Russian legislators tried in 2012 to enact a law against domestic violence, the church’s Commission on the Family objected even to the use of the term “violence in the family,” describing it as a product of “the ideas of radical feminism” aimed at victimizing men.

On one side of a gulf of opinion are Russians, many of them young, who share a view that the state must take action against domestic abuse, sexual violence, and harassment and discrimination on the grounds of sexual orientation. On the other side, probably a large majority, are more conservative Russians who bridle at what they see as ideas imported from the West and the erosion of traditional norms.

Unable to secure satisfaction from their own justice system, an increasing number of Russian women have sought redress from the European court.

In one case filed there in May, one woman, Margarita Gracheva, accused a Moscow region police officer of misconduct for failing to act after her estranged husband put a knife to her throat and threatened to dissolve her body in acid. “A manifestation of love,” the officer declared.

A few days later, in December 2017, Ms. Gracheva’s husband chopped off her hands with an ax. He was sentenced to 14 years — but she was rebuffed in her efforts to get police officers punished in her own country for negligence.

Ms. Volodina, the plaintiff in the case that was decided this week, said her reports of violence and threats had been dismissed whenever she went to the police as “domestic troubles” or a lovers’ tiff.

The officers, she said, also sneered at her choice of partner — Mr. Salayev is from Azerbaijan — and suggested she should have known what to expect. (Men from Azerbaijan and other former Soviet lands in the Caucasus region are often stereotyped in Russia as being overly emotional and prone to violence.)

“They told me it was my fault for ever getting involved with this guy and said, ‘When he kills you, come and see us,’” Ms. Volodina recalled.

She said that she had been forced to “live like a secret agent” for three years, afraid he might find her and kill her. She changed her name, left her home city for Moscow, frequently changed her mobile phone SIM card and fled for a time to France.

According to the ruling, from January 2016 to September 2016, Ms. Volodina filed at least seven different complaints to the police. All were dismissed. She made further complaints in 2018 after he posted “intimate photographs” of her on social media, started stalking her and making death threats.

In 2016, according to the European court’s account of events, he found her and punched her in the face and stomach. After being taken to hospital and told that she was nine weeks pregnant and at risk of a miscarriage, she agreed to a medically induced abortion.

Ms. Volodina’s lawyer, Ms. Kogan, said that corruption certainly complicated efforts to get legal redress, but that bigger obstacles were attitudes toward domestic violence and the absence of a law specifically aimed at tackling the problem.

Prosecuting a violent spouse became even more difficult in February 2017, when the Russian Parliament, after lobbying from the Orthodox Church, decriminalized first battery offenses among family members.

“In Russia, you get one free beating a year,” Ms. Kogan said.

What I Learned – Children of Rwandan genocide suspect Kabuga fear for…

What I Learned – Protests In Minneapolis And Louisville Against Police…

What I Learned – Little fear, lots of love as Madrid…

What I Learned – Minnesota Venture Capitalist…

What I Learned – WHO Warns Covid-19 Could Mean End To…