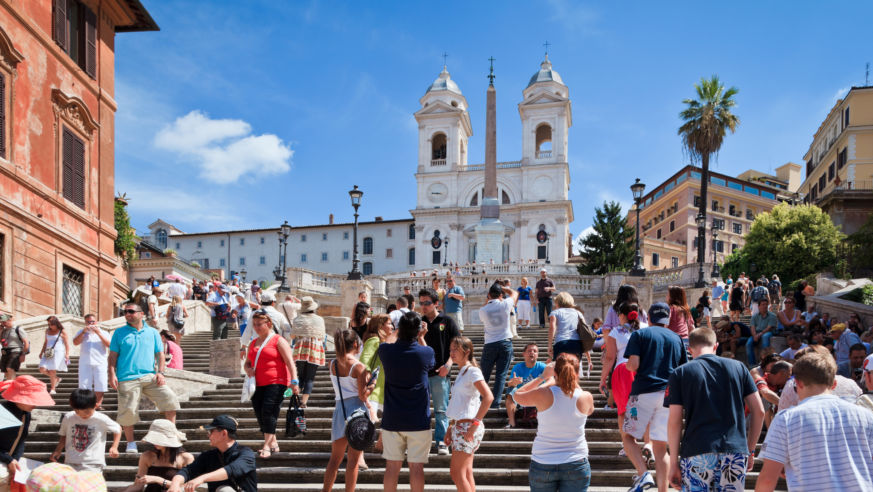 New rules are mostly aimed at protecting Rome from over-tourism.

From the sensible (don’t jump in the fountains) to the head-scratchers (don’t hang your laundry out to dry), the Eternal City is implementing some far-reaching new rules that will affect your next visit.

Rome has introduced a spate of new rules and regulations to govern decorum in the city; cracking down on everyday behaviors such as the impolite ways in which people drink water from public fountains and banning people from dragging wheeled suitcases down historic steps.

Managing the Strains of Tourism

Rome’s new wave of rules are part of an Italian-wide measure to manage tourist strains on cities and curb anti-social behavior in general. With summer travel season now in full bloom, Rome city council has updated existing legislation that dates all the way back to 1946 with the objective of improving city life for residents and tourists.

Don’t Jump in the Fountains (And Other Sensible New Rules)

The new rules include penalties for those who jump into water fountains. Men are also prohibited from walking around the city bare-chested, while the popular tourist tradition of attaching “love padlocks” will incur a fine. Overly-messy eating around historic monuments is also forbidden and yes, that could mean it’s no longer possible to cool down with a creamy gelato on the Spanish Steps.

How to Legally Drink the Water (Really)

Tourists will need to be especially considerate about how they drink water from the city’s public drinking fountains, known as nasoni. Authorities have decreed it’s not acceptable for thirsty tourists to let their mouth touch the metal spout, instead they can cup their hands under the the spout or place their fingers under the stream to direct an arc of water to directly to their mouths like the Romans do.

Illegal street-trading and ticket-touting outside tourist sites have also been banned, as has the age-old Roman practice of hanging laundry out to dry on clothing lines between neighboring buildings. Organized pub crawls and those who advertise “skip-the-line” tours outside historic monuments such as the Vatican are also banned.

No Performing on Public Transportation

Another regulation decrees that singing, playing instruments or busking on public transport in the city is banned. People are also no longer allowed to take prams or wheeled suitcases up or down historic steps, such as the Spanish Steps.

How Will the New Rules Be Enforced?

It’s still unclear how these new rules will be imposed or what fines people could incur if they’re caught breaking them. It has been announced that police will be patrolling historic sites, however, and tourists who behave badly could now be faced with a daspo, or temporary ban from returning to the area in which they caused an offense.

Space Tourism is Almost a Reality

These are the US states that require or recommend…

BDO TO GCASH: How to Transfer Funds Online (Payment or Cash In)

What I Learned – Man City vs Liverpool live…