Yes, you can ditch your TV for a 4K projector.

This post is in partnership with LG. Are you ready to ditch your TV for a 4K projector?

One of my all-time favorite Saturday nights happened when a friend brought over his projector and we watched movies on the side of the building next door. Beers, pizza, and giant Indiana Jones – classic.

Since then, I’ve been noodling a swap from TV to projector but never pulled the trigger for a simple reason; I don’t know anything about them.

That’s about to change.

What You Should Look For In a 4K Projector

We’re profiling the LG CineBeam HU80K projector and the stats are impressive: 4K ultra-high definition resolution, Smart TV apps enabled, winner of the CES 2018 Best Innovation Award, and portable enough to do double duty in your living room, bedroom ceiling (yes!), or movie night on the back deck.

And because it’s a projector, it supports screen sizes up to 150” – that’s twelve and a half feet of real estate.

All this for half the cost of comparable projectors, and getting into higher tier television prices, with a the price tag that rings up at $2,799.

If you’re not already a projector nerd, that might give you pause. Here’s the thing: the LG CineBeam HU80K is a lot of projector for the money.

Think of it this way: you can pick up a 4K TV for a mere $400 on Prime Day but that doesn’t mean it’s an amazing TV. When it comes to something you’re going to use every day for the next half decade or more, it pays to look past the number. We all assume a $2,500 4K TV is going to have a sharper picture, less motion ghosting, and deep, rich blacks with an impressive dynamic range over that of a no-name brand Black Friday special. But with the HU80K, the affordable option is getting the praise over other projectors that cost more. 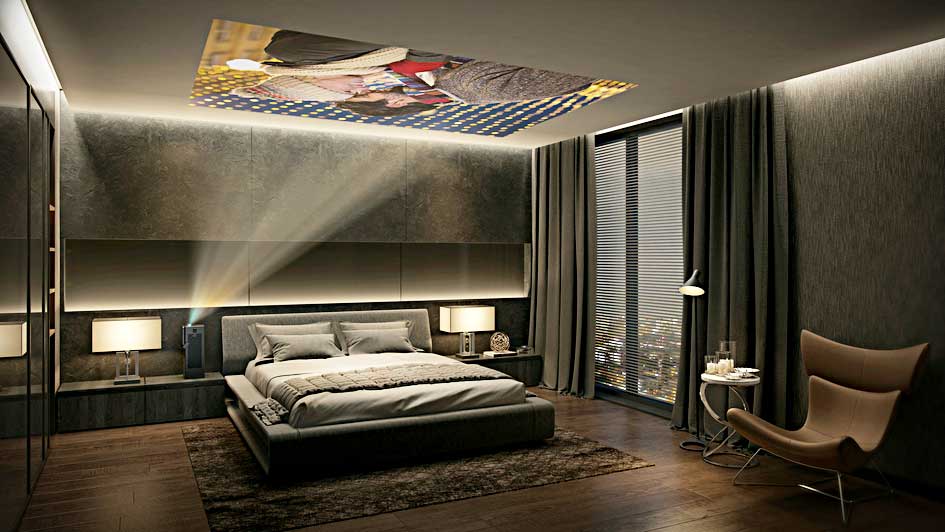 The Real Reason To Own A Projector: Versatility

The fact that the LG CineBeam HU80K has won awards from CES and also the best of the best Red Dot Award 2018 and iF Design Award 2018. The first thing you notice is that it doesn’t look like something wheeled in from your 7th grade math class – its minimalist case feels more like a premium speaker or high-end hard drive enclosure than, well, a fusty old projector.

LG’s suite of Smart TV software is built in, meaning Netflix, Hulu, Youtube and others are at your fingertips, wherever you set it up. Use it in your living room, or throw it on the ceiling of your bedroom. That takes weekend Westworld binging to new levels.

But here’s where the HU80K really shines…

Thanks to an integrated mirror – which elegantly doubles as the dust cap – the HU80K can either be mounted to a ceiling, home-theater style – or simply sit on the ground like a portable speaker. 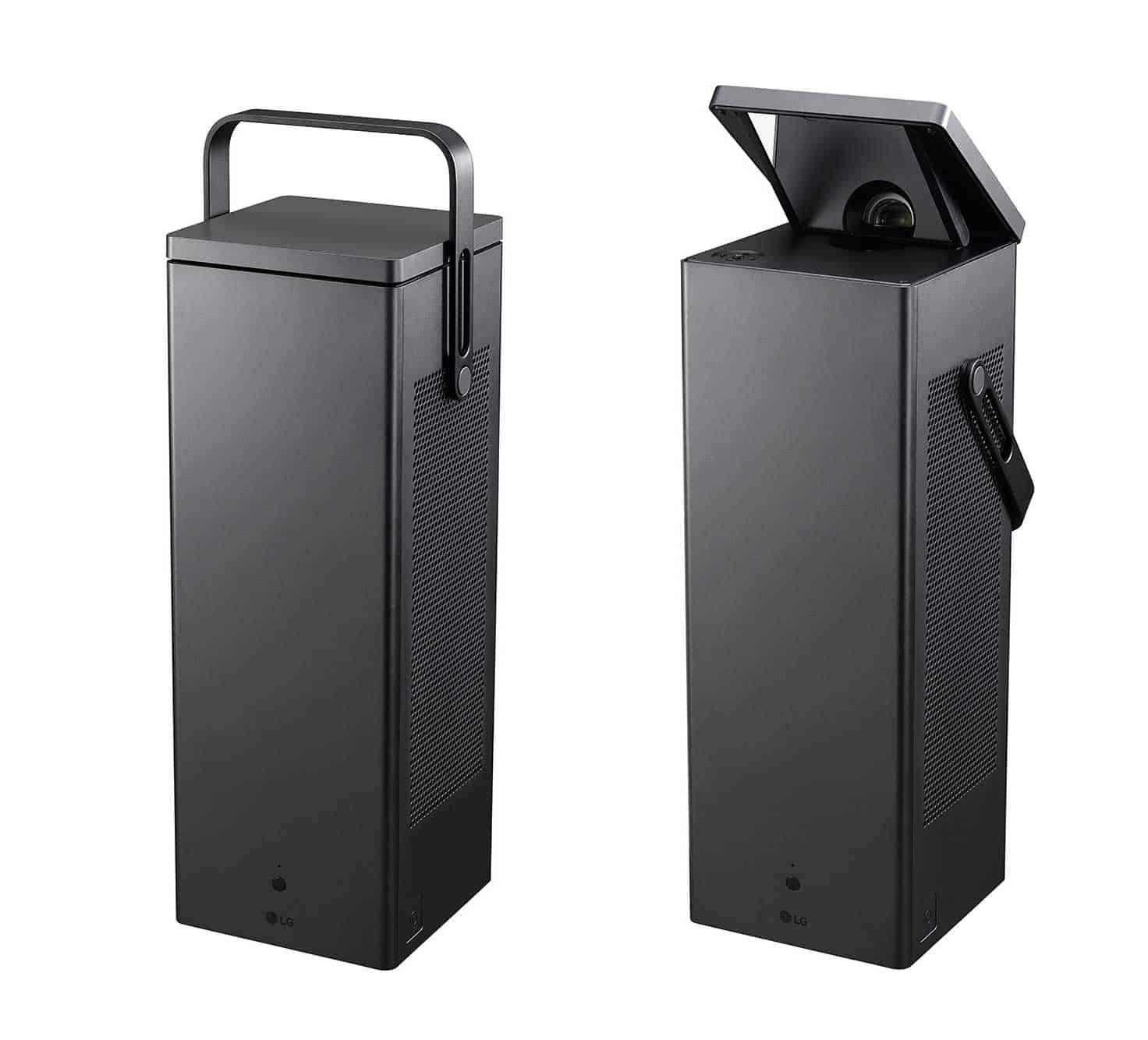 It’s hard to overstate how awesome this is. You can set this projector up anywhere you have an outlet and – bam – it’s movie night.

The HU80K is the portable speaker of 4K projectors – versatile enough to give you a premium movie experience at home in a barcalounger, or on a blanket under the stars.

LG’s engineers have built in more features for exactly this kind of spontaneous usage – if you’re on wifi, Screen Share allows anyone to play clips from their phone. And an auto-reel cord pulls the power cable neatly into the body of the projector.

The HU80K has a variety of ports and can connect to speakers via Bluetooth or optical. It also comes with embedded seven watt speakers, so while I wouldn’t recommend it – it can totally do everything your favorite portable speaker does and more.

Should You Switch To A Projector?

While the HU80K’s specs can hold their own against a premium TV, where it really excels is versatility.

Having the option to set it up on your living room floor or patio and have a 12-foot screen on tap un-tethers your movie and show experience from the living room and brings it in to spaces previously impossible with a TV.

The HU80K makes sense for a variety of buyers: If you’re ready to upgrade your existing TV, or want to make the jump to 4K, or, like me, have been considering the move to a projector but have been waiting for just the right one to come along.

For me, it comes down to this: the next time I watch Indiana Jones I want it to be as epic as possible: super big and maybe under the stars.

21 Kitchen Products That Might Get You To Start Eating Breakfast